Keep up with the latest views and information from ShoreGroup, our partners, and our customers.

To Envision the Future of IT, Look to the Past 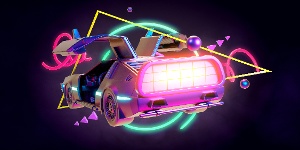 When movie director Robert Zemeckis and writer Bob Gale co-authored the screenplay for the 1985 movie Back to the Future, they likely hoped it would be a hit. After all, they had Michael J. Fox playing the lead as Marty McFly. They also had a killer soundtrack that featured Huey Lewis' song, "Power of Love." It's unlikely though that either of them could have guessed that their creation would hold popular appeal generations later.

At the movie's 30th anniversary re-release in 2015, the flight into teenage fantasy was still acclaimed. Time Out critic Tom Huddleston said the film was, "Every bit as classy, clever, and cockle-warming as it was 30 years ago." Kathleen Carroll of the New York Daily News commenting on the timelessness of the flick wrote, "Kids and parents alike are gonna dig this wonderful fantasy."

Great movies contain the magic that enables us to suspend our knowledge of the present. They open the door to myriad universes, each disparate from our own. From the establishing the first scene to the closing credits, viewers get to imagine what could be.

Imagining What 'Could Be' in Technology

Each year Gartner, a leading research and advisory company, tells us what could be. For more than a decade, the company's analysts have presented the tech they believe will shape the future. Inclusion in their findings means a technology has the potential to create change.

Some of the strategic technologies Gartner previously identified have emerged without surprise. In 2011, the company foretold the integration of social technologies into most business applications. Today, contact centers would falter in providing great customer experiences without social elements. That same year, its analysts also said that video, "...will become commonplace content…." The soaring success of YouTube gives testament to this.

In 2016, Gartner analysts predicted the importance of advanced machine learning. Through it, computer systems would autonomously learn to perceive the world, they said. Those predictions are born out in our modern usage of chatbots.

The Past Helps Us Look at the Future of IT

Some predictions by Gartner have appeared in multiple year-end advisories. Automation, the Cloud, and security each have been said to be "...emerging to a state of broader impact and use...", more than once. There have been twists on these themes, of course. For instance, in 2011, cloud computing would open a new spectrum of computing services. Looking to 2020, the company says distributed cloud will lead to a new era in cloud computing.

The archival quality of the Internet enables us to revisit these previous predictions. In a way, we get to go back in time. There's an excitement around seeing if what was prophesied actually occurred. Looking back in time also challenges us to rethink how the future of IT could be.

Consider the concept of user experience, which has been said to be an emerging technology trend more than once. In 2018, immersive technologies, it was predicted, would create new user experiences. Today, the multi-experience will shift how users perceive the digital world. According to Brian Burke, research vice president at Gartner, this evolution of user experience will, "...shift from one of the technology-literate people to one of people-literate technology." With this change in perspective, it might be said that Burke has gone back to the future. He looked at his past prediction and reset that based on what tomorrow could be.

Let Go of What You Know

Without a doubt, Gartner's futurists have shined a light on things to come. Still, some of their prognostications, it seems, have yet to emerge in the mainstream. Their predictions about storage class memory and ubiquitous computing are, arguably, examples. This does not suggest that the company's forecasts should be eschewed. Instead, it merely shows how difficult it is to predict what is to come. To be a futurist, technologists must let go of what they know and allow themselves to see what could be, even if what could be seems preposterous. Certainly, this was the case for Marty McFly's sidekick, Dr. Emmett Brown in a now thirty-five-year-old movie:

Dr. Emmett Brown: Then tell me "future boy", who is the president of the United States in 1985?

As 2020 approaches, take the opportunity to let go of what you know. Think about what your collaboration system, contact center, IT infrastructure, or move to the Cloud could be. After all, envisioning the future may be as simple as looking to the past.

All posts
Join Our Community